Which animal is going to

What animals can you bow hunt in South Africa

What animals can you bow hunt in South Africa

Below is a comprehensive list of what game animals you can bow hunt in South Africa.

South Africa has in the region of 29 different animal species for legal and regulated bow hunting. Bow hunting trophy animals of Africa adds value to animals that are privately owned. First of all, according to the capitalism principal the owner of goods (trophy animals) will take care of such goods to protect his investment. Secondly, the owner will have the goods multiply and use those goods on a sustainable basis to better his own position.

There are numerous plains game animals that can be bow hunted in Africa. In contrast to many other African countries, South Africa boasts the clear majority of different species game animals on the African continent. Due to numerous conservation methods and criteria implemented by individuals, and supported by legislation, bow hunters reap the benefit of bow hunting as a conservation tool.

This is a list of plains game animals you can bow hunt in South Africa: 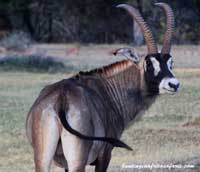 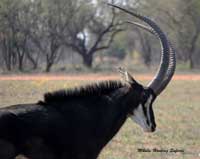 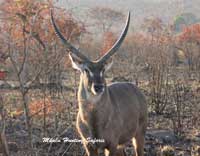 The dangerous game animals we can legally be bow hunted in South Africa are members of the Big 5, hippos and Nile crocodile.

Why are they called the Big 5

The early European Pioneers entering the southern- and central interior of Africa called them the Big 5 as being the five most dangerous animals to hunt. The Big 5 African dangerous game animals in Africa are

When Professional Hunting in South Africa came along guidelines and rules with regards to hunting dangerous game came into effect. This was done to protect all members in the hunting group.

Hippos kill most people in Africa. Consequently, hippos were added as a dangerous game animal. Second in line for killing most people in Africa is the Nile crocodile. Both these animals are associated in one common denominator with humans: water. Most rural people killed by dangerous animals (hippos and crocodiles) are killed on their way to water (river or lake) by hippos, or at the water (crocodiles), or by hippos on their way home.

Please note: both sexes are included in the dangerous game animals list below. Bow hunting the African elephant, white rhino, black rhino, hippos and leopard are illegal in South Africa.

Don’t just take it from us, let your string fingers do the talking!

Don’t just take it from us, allow your nerves to let your string fingers do the talking!