Hunting reedbuck South Africa (please note this is the common reedbuck) will add a beautiful specimen to your collection. These beautiful antelopes prefer vegetation close to wetlands and permanent water sources. They are seldom seen grazing during the heat of the day. These shy animals like to start moving towards sunset and remain active throughout the night and into the early morning hours. It is during these late and early hours that reedbuck are hunted successfully.

In the event of trying to flush a common reedbuck that is bedded down be prepared to have a fright when one of these medium sized antelopes jump up a few feet from where you are and run like the wind. If you can take running shots do not wait too long because reedbuck like tall grass and a possibility exists that you may lose your trophy by means of not finding it.

Hunting common reedbuck in South Africa with Mkulu African Hunting Safaris is a plains game hunting experience to look forward to. Our common reedbuck hunting opportunities are in a number of hunting areas.

Reedbuck males (rams) can on average weigh up to 150 lb. (70 kg) with females running the scale on an average weight of 110 lb. (51 kg). The bushy coats are a dull light brown color with a white underbelly. Only males have horns. A big bushy white tail lights up the way when running away from danger.

Females conceive from as young as 15 – 18 months and males become sexually mature at two years of age. Births peak during the summer months of October to February. Lambs are left in hiding for up to three months before being introduced to the small family groups of five to nine animals.

Reedbuck are territorial and will defend their monogamous relationship against intruding males. Juvenile males stay in the family groups before being evicted by their third year. Females tend to leave their original family groups to join up with other males forming their own families.

Mkulu African Hunting Safaris suggests the following calibers as being the best calibers for common reedbuck hunting in South Africa:

A good 2 – 12 X 50 gun scope should be sufficient for hunting common reedbuck in South Africa due to a wide zoom range and a long eye relief which will allow for greater flexibility to view the cross-hairs quicker.

The average expected shooting distance when hunting Common reedbuck in South Africa is 120 to 180 yards depending on the terrain you are hunting in.

The shot should be placed right on the shoulder in line with the front leg, one third of the way up from the bottom of the brisket to the top of the back.

The shot should be placed at the spot bisecting the angle formed by the front legs, aiming at the inside shoulder at the same height as for a broadside shot.

The shot should be placed at the spot bisecting the angle formed by the front legs, aiming at the opposite side shoulder at the same height as for a broadside shot.

The shot should be placed where the bottom of the throat meets the chest.

Hunting reedbuck usually happens early in the mornings and late in the afternoons. Reedbuck prefer to hide in tall grass specially along wooded areas and river fronts during the day. At the end of the day they casually appear and move to open areas where they will remain for the night. Common reedbuck like to hole up in tall grass and lay in wait till slightly before being stepped on. When they feel in too much danger they will take off at a dead run and mostly stop after about 100 – 180 yards. It is at that time that the hunter should be ready to take the shot.

The best time of year for hunting common reedbuck in South Africa is March to the beginning of September. 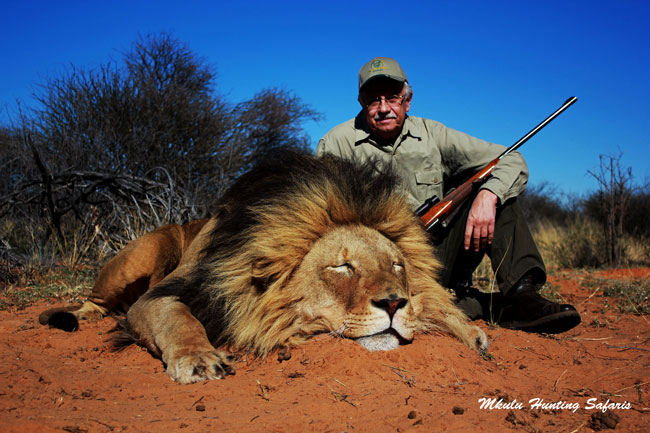